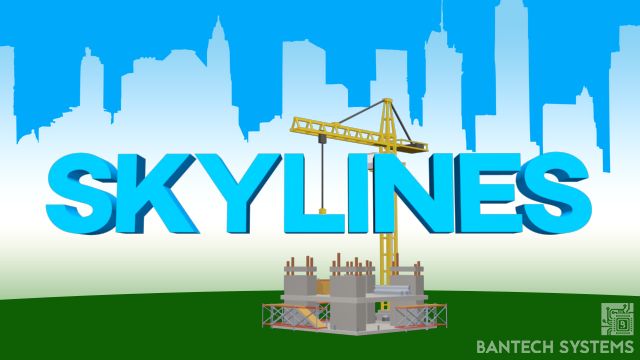 Skylines is be a miniature city-building game currently in production by BanTech Systems. The player takes on the role of a deity-like mayor in charge of creating buildings, power networks, water networks and road networks to serve the city and grow its population.

The game will feature AI traffic, visual day-night cycles, and a wide range of buildings, decoration and amenities to build and place around your city plot. The player will be able to explore nearby players' cities as a server size of 8 is currently planned - 8 city plots arranged around the basic world.

A first version of Skylines for public testing is expected to be released in the first quarter of 2020.